We specialize in treating a wide array of venous disorders, utilizing our four non-invasive vascular.

Welcome to our Vascular Health Resource page! Our video animations provide information about various medical conditions including anatomy, symptoms, and treatment procedures in presentations that are simple and easy for patients to understand. We are happy to discuss your condition and treatment options in greater detail and answer any questions you may have.

An angiogram is an X-ray procedure that can be both diagnostic and therapeutic. It is considered the gold standard for evaluating blockages in the arterial system. An angiogram detects blockages using X-rays taken during the injection of a contrast agent (iodine dye). The procedure provides information that helps your vascular surgeon determine your best treatment options.

Angiograms are typically performed while you are sedated. The procedure may last 15-20 minutes or up to several hours, depending on how difficult the test is and how much treatment is given.

An angiogram is commonly performed under sedation with the use of local anesthesia.

Angioplasty can be used to open arterial blockages. Guided by X-ray, your vascular surgeon navigates through the blockage with a wire and introduces a special device equipped with an inflatable balloon. After positioning the balloon device across the blocked portion of the artery, the vascular surgeon inflates the balloon to expand the artery and compress the blockage. The balloon is then deflated and removed while keeping the wire in place across the area that has been treated. Next, contrast dye is injected to assess the result. Treatment is considered a success if blood flow is improved and less than 30% of the blockage remains. If the vessel is still considerably narrowed, placing a stent may be the next step.

Stents are used to prop open an artery at the site of a narrowing. Stents are generally placed after balloon angioplasty when there is residual narrowing or insufficient blood flow in a treated vessel. Stents are considered a permanent implant and cannot be used if you have a metal allergy. Stents that are used in the leg are constructed of a nickel-titanium alloy (Nitinol), a memory-shaped metal. This alloy has a predetermined size and shape at body temperature and expands to this size and shape after being introduced through a catheter. These stents resist kinking and are flexible so that damage from activities that involve your legs is minimized.

If surgery is felt to be a better option, your vascular surgeon will obtain any additional X-ray images needed to plan a surgical bypass of the blocked vessel/s and will then conclude the angiogram.

All invasive procedures can have complications. While the risk of an angiogram is low it is not zero. The most common complications are related to the arterial access site.

You will likely have bruising (ecchymosis) where the artery was entered.

Less commonly, patients experience pain and bleeding that may include blood collecting under the skin (hematoma).

In rare cases, the access artery can become blocked. Infrequently, patients experience persistent leakage of blood where the artery was entered, which can result in the formation of a pseudoaneurysm—a blood-filled sac—that may require further treatment.

Other complications related to an angiogram include:

How to Prepare
What Can I Expect After the Test?

A non-invasive test that uses inflatable cuffs to gauge circulation (blood flow) and measure blood pressure in the arteries at various locations on the thigh, calf, foot and toes. Done in an outpatient clinic or vascular laboratory.

Minimal, brief discomfort, similar to what you feel while having a routine blood pressure test with an inflatable arm cuff.

Blood pressure cuffs of various sizes are placed on your thigh, calf, foot and toes.  Similar to having your blood pressure checked with an arm cuff, as the technician inflates the cuffs, they progressively tighten and are then quickly released.  You may feel some discomfort, but generally for less than 60 seconds for each measurement.

Aside from the momentary discomfort described above, side effects or complications are very rare.

How to Prepare
What Can I Expect After the Test?

CTA and MRA tests are non-invasive, advanced imaging studies that provide detailed information about the blood vessels within our bodies and their anatomic relationships with other organs. These tests use ;modern computerized image processing techniques that let your vascular surgeon view vascular disease three-dimensionally—an important step in assessing the extent of the disease and how best to treat it.

How are CTA and MRA tests similar?

How are they different?

There are more differences between CTA and MRA than there are similarities. For example:

Which is right for you?

Your vascular surgeon decides which imaging study to perform based on a number of factors, including:

Possible concerns with MRA: presence of a pacemaker or AICD device, stimulators (e.g., for the spine), infusion pumps, certain implants

What about CTA radiation?

While CTA is a safe test when performed judiciously, the amount of radiation involved is not insignificant if repeated examinations are planned.

To get an idea of how much radiation is involved, the radiation from a typical CTA is equivalent to about 50 plain-film chest X-rays—about the amount of radiation the average person receives passively each year from the environment (“background radiation”).

An MRA is considered preferable for repeated examinations, but the availability and expertise of interpreting MRA images varies as outlined above.

Duplex ultrasound is a non-invasive evaluation of blood flow through your arteries and veins . This test provides information to help your vascular surgeon make a sound diagnosis and outline a treatment plan. Accuracy is critical, so ultrasound testing should ALWAYS be performed by a credentialed sonographer in an accredited vascular laboratory.

Ultrasound examinations are painless and easy for the patient. The vascular laboratory will contain a bed and just two or three pieces of equipment. The examination can be done in comfortable clothing; disposable shorts or gowns may be provided. It usually takes about 30 minutes.

There are typically no side effects or complications associated with duplex ultrasound examinations.

There is little preparation required for duplex ultrasound. Occasionally, patients may need to fast before an abdominal exam.

What Can I Expect After the Test?

There should be no side effects following a vascular laboratory exam. The results of your study can often be immediately available to your doctor. 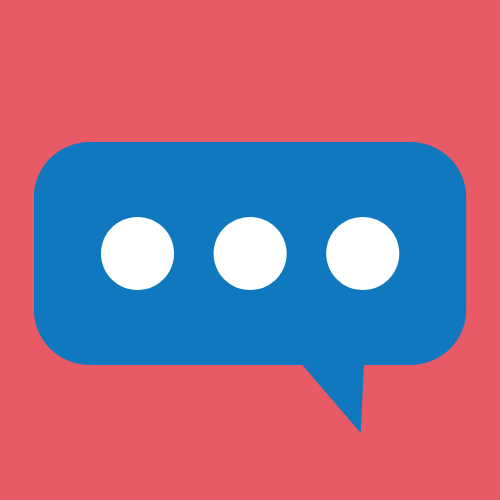